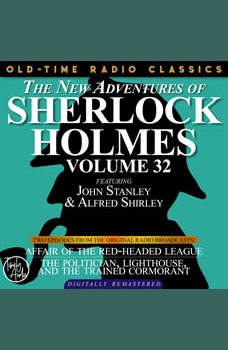 THE NEW ADVENTURES OF SHERLOCK HOLMES, VOLUME 32; EPISODE 1: AFFAIR OF THE RED-HEADED LEAGUE??EPISODE 2: THE POLITICIAN, LIGHTHOUSE, AND THE TRAINED CORMORANT