The Name of the Wind

My name is Kvothe.I have stolen princesses back from sleeping barrow kings. I burned down the town of Trebon. I have spent the night with Felurian and left with both my sanity and my life. I was expelled from the University at a younger age than most people are allowed in. I tread paths by moonlight that others fear to speak of during day. I have talked to Gods, loved women, and written songs that make the minstrels weep.You may have heard of me.So begins a tale unequaled in fantasy literature—the story of a hero told in his own voice. It is a tale of sorrow, a tale of survival, a tale of one man’s search for meaning in his universe, and how that search, and the indomitable will that drove it, gave birth to a legend. “It is a rare and great pleasure to find a fantasist writing…with true music in the words…. Wherever Pat Rothfuss goes…he’ll carry us with him as a good singer carries us through a song.” —Ursula K. Le Guin, bestselling author and winner of the National Book Award 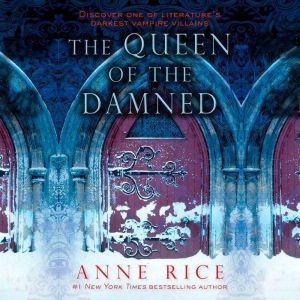 I have been slogging through this for days on end. It is well-written, but it just moves so slowly. The beginning moves right along and brings you into the story and characters - but halfway through things slow to a crawl. I feel about like I do the Two Towers by Tolkein - just get somewhere please and don't make me crawl through Mordor any more - here it is let's please be done with the University! For me - not one I would keep on my list - and I am pretty sure I won't be hopping onto the sequel.

One of the best Fantasy novels I've read in a long time. The characters are likable and interesting, and the plot is enjoyable and well written, gently mocking some of the more common fantasy cliches without seeming smug or irreverent. I highly recommend it!

This is a thoroughly engrossing story to listen to. The plot feels fresh and unfamiliar, which I find to be a nice switch from the many many many fantasy novels that are no more than tweaked versions of previous successful series. The story is told in a clever way, and I didnt find it highhanded with countless, similar sounding names of sons of sons of kings and overly complicated politics, etc.The narrator reads at a natural pace, and does a good job distinguishing voices and emotions. He mispronounces a less commonly used word or two, and misreads the cadence of a turn of phrase here and there, but not often enough to distract from the story.The only criticism I have concerning the writing is that every so often the author uses the lax grammar that we Americans have become notorious for. I found it slightly irksome, yet I was able to forgive the oversight.I had a great movie going on in my head as I followed along, which is what I want most from a good book. Give it a listen!