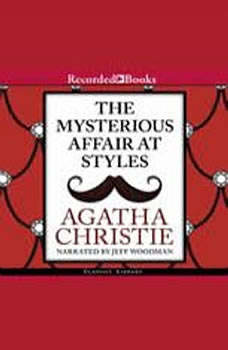 The Mysterious Affair at Styles

Sidelined by his war injuries in 1916, Captain Hastings travels to his friend’s estate at Styles Court to recover from his wounds. As the summer heats up, a tragic murder occurs, and Hastings calls upon the services of his old acquaintance Hercule Poirot. With seemingly unrelated clues—a scrap of a burned will, a false beard, and an empty packet of bromide—the brilliant detective launches his first investigation on English soil and forges an enduring friendship.

I love the story but the narration was off for me in this version. That is why my rating is so low. I've listened to a version read by the actor who played Capt. Hastings in the BBC production and that version is much better.

The Under Dog
Hercule Poirot Mysteries