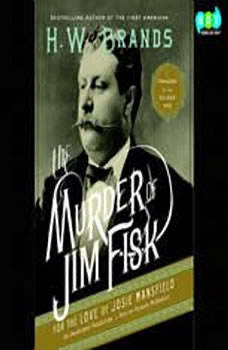 The Murder of Jim Fisk for the Love of Josie Mansfield: A Tragedy of the Gilded Age

Even before he was shot dead on the stairway of the tony Grand Central Hotel in 1872, financier James “Jubilee Jim” Fisk, Jr., was a notorious New York City figure. From his audacious attempt to corner the gold market in 1869 to his battle for control of the geographically crucial Erie Railroad, Fisk was a flamboyant exemplar of a new financial era marked by volatile fortunes and unprecedented greed and corruption. But it was his scandalously open affair with a showgirl named Josie Mansfield that ultimately led to his demise.