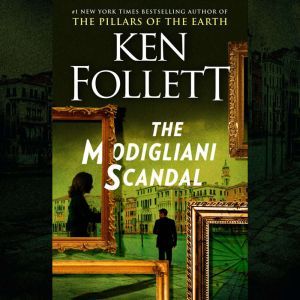 The Modigliani Scandal: A Novel

A high-speed, high-stakes thriller from Ken Follett, the grand master of international action and suspense. Look out for Ken's newest book, A Column of Fire, available now.

A fabulous "lost masterpiece" becomes the ultimate prize—for an art historian whose ambition consumes everyone around her, an angry young painter with a plan for revenge on the art establishment, and a desperate gallery owner who may have double-crossed his own life away. Behind the elegance and glamour of the art world, anything goes—theft, forgery, betrayal, and maybe even murder. . . .