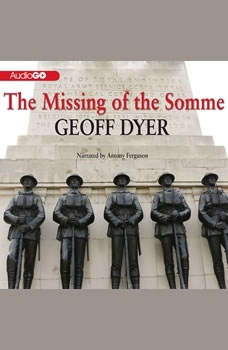 The Missing of the Somme

Geoff Dyer has won fans writing about everything from jazz to D. H. Lawrence, from photography to neurotic enlightenment, from Cambodia to Rome. The Missing of the Somme, his remarkable book on the significance of the First World War, is a gem for Dyer fans and history buffs alike. With his characteristic wit and insight, here Dyer weaves a network of myth and memory, photos and film, poetry and sculptures, graveyards, and ceremonies that illuminate our understanding of, and relationship to, the Great War. From one of our most beloved authors, this is a personal meditation on war and remembrance.