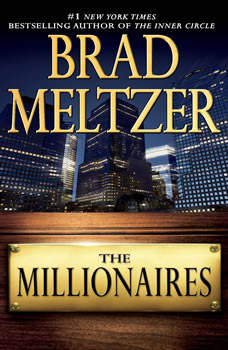 The Millionaires: Booktrack Edition adds an immersive musical soundtrack to your audiobook listening experience! * Two brothers. Three secret service agents. And millions for the taking. Charlie and Oliver Caruso are brothers who work at Greene and Greene, a private bank so exclusive there's a $2 million minimum to be a client. But when the door of success slams in their faces, the brothers are presented with an offer they can't refuse: $3 million in an abandoned account that can't be traced. It's the perfect victimless crime. Charlie and Oliver opt to take the money, but get much more than they bargained for. Now, with a lot of extra zeroes in their pockets and a friend found dead, the Secret Service and a female private investigator are closing in. Whose money did they take? How will they stay alive? And why is the Secret Service trying to kill them? Both Charlie and Oliver quickly realize it's not easy being The Millionaires. *Booktrack is an immersive format that pairs traditional audiobook narration to complementary music. The tempo and rhythm of the score are in perfect harmony with the action and characters throughout the audiobook. Gently playing in the background, the music never overpowers or distracts from the narration, so listeners can enjoy every minute. When you purchase this Booktrack edition, you receive the exact narration as the traditional audiobook available, with the addition of music throughout.