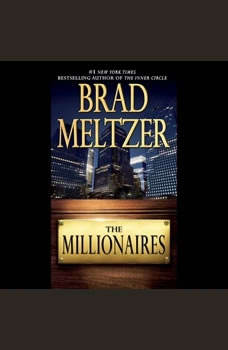 What would you steal if you couldn't get caught?It started as the perfect crime. Then it took a turn for the worse.Charlie and Oliver Caruso are brothers who work at Greene & Greene, a private bank so exclusive you need two million dollars just to be a client. But when the door of success slams in their faces, they're faced with an offer they can't refuse: three million dollars in an abandoned account. No one knows it exists, and even better, it doesn't belong to anyone.It's a foolproof crime. More important, for Charlie and Oliver, it's a way out of debt and the key to a new life. All they have to do is take the money.But when they do, they quickly discover they've got a lot more on their hands than the prize. Before they can blink, a friend is dead - and the bank, the Secret Service, and a female private investigator are suddenly closing in.Trapped in a breakneck race to stay alive, Charlie and Oliver are about to discover a secret that will test their trust and forever change their lives.