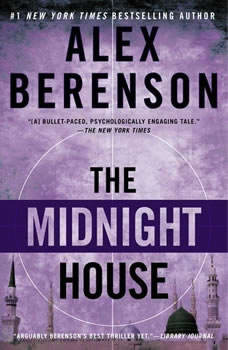 One morning, a former CIA agent is shot to death in the street. That night, an army vet is gunned down in his doorway. The next day, John Wells gets a phone call. Come to Langley. Now.

The victims were part of an interrogation team that operated out of a secret base in Poland called the Midnight House, where they worked over the toughest jihadis, extracting information by any means necessary. Now Wells must find out who is killing them. Islamic terrorists are the likeliest suspects, and Wells is uniquely qualified to go undercover and find them. But the trail of blood leads him to a place he couldn’t have imagined: Home.

The Silent Man
by Alex Berenson

The #1 New York Times bestselling author of The Ghost War and The Faithful Spy returns with a novel of international intrigue and catastrophic terrorism that "keeps the reader caring, and guessing, until the end." (Booklist) For CIA op...

The Rembrandt Affair
by Daniel Silva

Determined to sever his ties with the Office, Gabriel Allon has retreated to the windswept cliffs of Cornwall with his beautiful Venetian-born wife, Chiara. But once again his seclusion is interrupted by a visitor from his tangled past: the endearin...

“Fugitive speeds along well over the posted limit.”—Portland Oregonian “Margolin knows how to pack in the thrills.” —Tess Gerritsen In Fugitive, New York Times bestseller Phillip Margolin brings back hi...