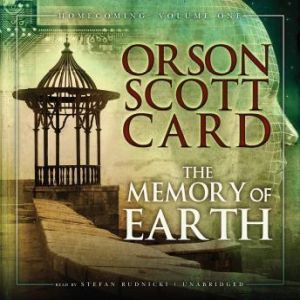 The Memory of Earth: Earth 1

High above the planet Harmony, the Oversoul watches. Its task, programmed so many millennia ago, is to guard the human settlement on this planetto protect this fragile remnant of Earth from all threats. To protect them, most of all, from themselves. The Oversoul has done its job well. There is no war on Harmony. There are no weapons of mass destruction. There is no technology that could lead to weapons of war. By control of the data banks, and subtle interference in the very thoughts of the people, the artificial intelligence has fulfilled its mission. But now there is a problem. In orbit, the Oversoul realizes that it has lost access to some of its memory banks, and some of its power systems are failing. And on the planet, men are beginning to think about power, wealth, and conquest.

Although I lost interest after the second or third book in this series, this first book was a pretty interesting read. I liked the world's society and the premise behind the plot.