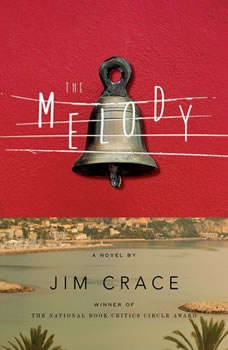 From the Booker Prize-shortlisted author of Harvest, Quarantine, and Being Dead, a tender new novel about music, celebrity, local intrigue, and lost love--all set by the Mediterranean Sea

Aside from his trusty piano, Alfred Busi lives alone in his villa overlooking the waves. Famed in his town for his music and songs, he is mourning the recent death of his wife and quietly living out his days, occasionally performing the classics in small venues--never in the stadiums he could fill when in his prime. On the night before receiving his town's highest honor, Busi is wrested from bed by noises in his courtyard and then stunned by an attacking intruder--his hands and neck are scratched, his face is bitten. Busi can't say what it was that he encountered, exactly, but he feels his assailant was neither man nor animal.

The attack sets off a chain of events that will cast a shadow on Busi's career, imperil his home, and alter the fabric of his town. Busi's own account of what happened is embellished to fan the flames of old rumor--of an ancient race of people living in the surrounding forest--and to spark new controversy: something must finally be done about the town's poor, the feral vagabonds at its edges, whose numbers have been growing. All the while Busi, weathering a media storm, must come to terms with his wife's death and decide whether to sing one last time.

In trademark crystalline prose, Jim Crace portrays a man taking stock of his life and looking into an uncertain future, all while bearing witness to a community in the throes of great change--with echoes of today's most pressing social questions.