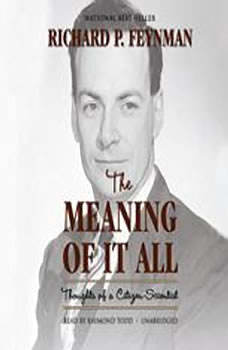 The Meaning of It All: Thoughts of a CitizenScientist

In this collection of lectures Feynman originally gave in 1963, the Nobel Prizewinning physicist discusses several mega questions of science. Marked by Feynman's characteristic combination of rationality and humor, these lectures provide an intimate glimpse at the man behind the legend.