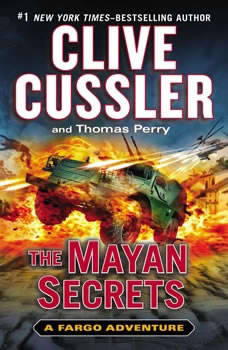 The outstanding new novel from the #1 New York Times–bestselling grand master of adventure.

Husband-and-wife team Sam and Remi Fargo are in Mexico, when they come upon a remarkable discovery—the skeleton of a man clutching an ancient sealed pot, and within the pot, a Mayan book, larger than anyone has ever seen. The book contains astonishing information about the Mayans, about their cities, and about mankind itself. The secrets are so powerful that some people would do anything to possess them—as the Fargos are about to find out.

Before their adventure is done, many men and women will die for that book—and Sam and Remi may just be among them.

The Eye of Heaven
A Sam and Remi Fargo Adventure #6