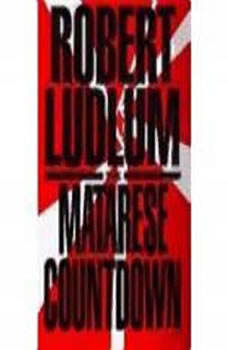 Twenty years ago, top agents from the CIA and KGB banded together to bring down the Matarese Circle, an international cabal of powerbrokers and assassins whose sole objective was to achieve worldwide economic domination. Now the bloody Matarese dynasty is back--and the only man with the power to stop it may have already run out of time....CIA case officer Cameron Pryce is hot on the trail of the new Matarese alliance. His only chance to terminate its ruthless activities is to follow the trail of blood money and stone-cold killers right to the heart of its deadly conspiracy.From the Hamptons to London's Belgrave Square, Matarese assassins have already struck with brutal efficiency, eliminating all who stand in their way. Their chain of violence is impossible to stop--until Pryce gets a rare break. One of the Matarese's victims survives long enough to whisper dying words that will blow the case wide open: the top secret code name for legendary retired CIA agent Brandon Scofield--the only man who has ever infiltrated the Matarese inner circle and lived to tell about it.

The Lake House
by James Patterson

Six extraordinary children are trying to lead normal lives in the Rocky Mountain countryside. They live in different homes, with different families, but there is something powerful that connects them. Something that puts them in terrible danger.The...

The honeymoon is over, now the murders can begin. America's #1 thriller writer returns with his sexiest, scariest novel ever. Hotter than The Beach House and scarier than Kiss the Girls, James Patterson's explosive new thriller introduces a bride w...

The Bancroft Strategy
by Robert Ludlum

When Todd Belknap—a legendary field agent for Consular Operations with a reputation as something of a cowboy— is cut loose from the agency after an operation goes wrong, his best friend and fellow agent is abducted in Lebanon by a militi...

In broad desert daylight, a mysterious platoon of soldiers evacuates the entire population of Sunrise Valley, Nevada. Minutes later, a huge bomb detonates a hundred feet above the ground and lays waste to homes, cars, and playgrounds: a town annihi...

The Prometheus Deception
by Robert Ludlum

Robert Ludlum is the acknowledged master of suspense and international intrigue. For the past twenty-five years he has had an unbroken string of bestselling novels, selling hundreds of millions of copies worldwide and setting a standard that has yet...

FBI agent Alex Cross is on vacation with his family at Disneyland when he gets a call from the Director. A well-known actress was shot outside her home in Beverly Hills. Shortly afterward, an editor for the Los Angeles Times receives an e-mail desc...

The Ambler Warning
by Robert Ludlum