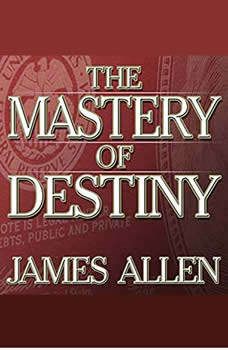 The Mastery of Destiny

There is, and always has been, a widespread belief in Fate, or Destiny, that is, in an eternal and inscrutable Power which apportions definite ends to both individuals and nations. This belief has arisen from long observation of the facts of life. Men are conscious that there are certain occurrences which they cannot control, and are powerless to avert. Birth and death, for instance, are inevitable, and many of the incidents of life appear equally inevitable. Men strain every nerve for the attainment of certain ends, and gradually they become conscious of a Power which seems to be not of themselves, which frustrates their puny efforts, and laughs, as it were, at their fruitless striving and struggle. As men advance in life, they learn to submit, more or less, to this overruling Power which they do not understand, perceiving only its effects in themselves and the world around them, and they call it by various names, such as God, Providence, Fate, Destiny, etc.