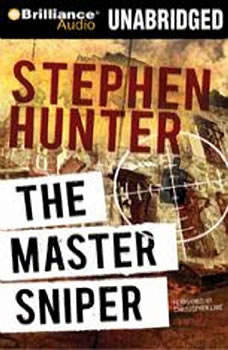 With a sniper’s rifle he has calmly executed hundreds of enemy soldiers in a single battle, and gunned down thousands of innocent civilians in a single day, waiting patiently for the barrel of his gun to cool before resuming his craft… It is the spring of 1945. And Repp, the master sniper, is about to carry out his final mission – even as Germany’s enemies overrun it, even while a tired, disorganized team of American and British agents tries everything in its power to stop him. Because for Repp, this is the job at which he cannot fail. For this time, he possesses the ultimate killing tool. And with it, he will commit the ultimate crime… “Mesmerizing suspense,” – Kirkus Reviews “Hunter is a deft craftsman with a sure sense of pace and scene. He also knows about irony and sprinkles just a bit over every corpse.” – The Washington Post “Stephen Hunter is the best writer of straight-out thrillers working today.” – Rocky Mountain News