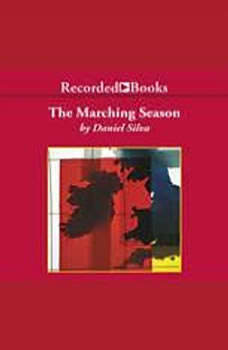 Daniel Silva’s novels immediately become New York Times best-sellers. A former television producer and journalist who has covered assignments from Washington to the Middle East, Silva fills The Marching Season with the political suspense that churns through present-day Northern Ireland. In 1998, as the Good Friday peace accords go into effect, world leaders hope for an end to the bloody Irish troubles. But terrorists are moving to shatter that fragile peace through a series of brutal assassinations. CIA officer Michael Osbourne’s job is to stop October, their deadliest hit man. As Osbourne tracks the elusive October, he begins to realize that an even more powerful organization is using the terrorists. In this world of espionage and counter-espionage, no place is safe, and no detail too small to ignore. Frank Muller’s narration swirls the currents of danger and deceit around each scene in Silva’s compelling novel.