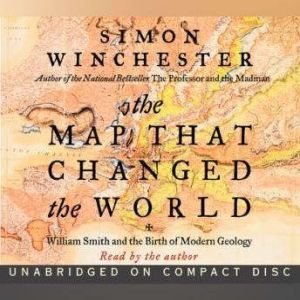 The Map That Changed the World: William Smith and the Birth of Modern Geology

From the author of the bestselling The Professor and the Madman comes the fascinating story of the father of modern geologyIn 1793, William Smith, the orphan son of a village blacksmith, made a startling discovery that was to turn the science of geology on its head. While surveying the route for a canal near Bath, he noticed that the fossils found in one layer of the rocks he was excavating were very different from those found in another. And out of that realization came an epiphany: that by following these fossils one could trace layers of rocks as they dipped, rose and fell -- clear across England and clear across the world.Obsessed with creating a map that would showcase his discovery, Smith spent the next twenty years traveling England alone, studying rock outcroppings and gathering information. In 1815 he published a hand-painted map more than eight feet tall and six feet wide. But four years later, swindled out of his profits, Smith ended up in debtors' prison. His wife went mad. He lived as a homeless man for ten long years.Eventually a kindly aristocrat discovered him; Smith, the quiet genius and 'father of geology' was brought back to London and showered with the honors that he rightly deserved. Here now is his astounding story.