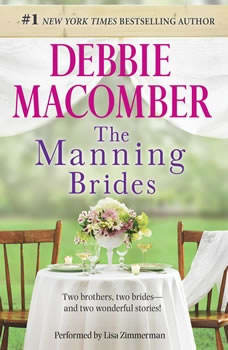 Rich Manning and Jamie Warren have always been friends—and nothing but friends. However, that changes when she asks him to father the child she so desperately wants. Rich agrees—if she'll marry him. Because he thinks their Marriage of Inconvenience could become a real marriage instead.

Paul Manning, a grieving widower with three small children, turns to Leah Baker for help and comfort. When that comfort begins to grow into something else, Paul discovers that he wants more than a Stand-In Wife.

Grace Sherman204 Rosewood LaneCedar Cove, WashingtonDear Listener,If you've been to Cedar Cove before we've probably met. You can usually find me either at home or at the public library, where I work. I've lived in this town all my life and raised t...

Knitting and life. They’re both about beginnings—and endings. That’s why it makes sense for Lydia Goetz, owner of A Good Yarn on Seattle’s Blossom Street, to offer a class called Knit to Quit. It’s for people who want t...

The First Man You MeetShelly Hansen was horrified when her great-aunt’s wedding dress arrived—because, according to family legend, she was destined to marry the next man she met. So when she tripped on an escalator and fell into Mark Bra...