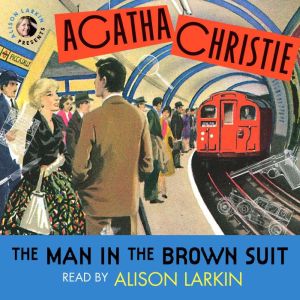 “Champagne bubbly and engaging throughout…a jaunty, jolly good listen” raves AudioFile Magazine about Larkin’s narration of The Secret Adversary. Now the award-winning narrator is back with another hugely popular Agatha Christie classic, The Man in the Brown Suit. Pretty, young Anne is present on the platform at Hyde Park Corner when a thin man, reeking of mothballs, loses his balance and is electrocuted on the rails.The Scotland Yard verdict is accidental death. But Anne is not satisfied. After all, who was the man in the brown suit?