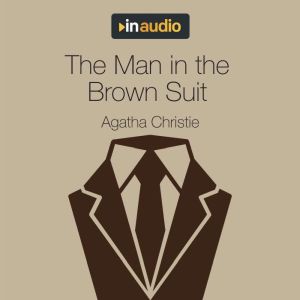 Anne Beddingfield is a young woman looking for adventure. After being orphaned, she leaves for London to find a new life and career. While waiting for a subway after a job interview, she witnesses a man falling onto the subway track and dying. This sort of accident could happen to anyone, but Anne suspects that something was strange about the circumstance. She decides to investigate a little further to see if her suspicions are correct.Anne’s investigation launches her into the middle of a twisty mystery plot, where no one is who they seem, and the stakes are life and death. Her journey to solve the mystery takes her around the world looking for answers, and the answers she finds are not what she expects. Will she be able to track down the real criminal masterminds and escape their traps? Who are the true villains of the story?From the masterful mystery imagination of Agatha Christie, The Man in the Brown Suit is a thrilling adventure that is sure to keep you guessing until the last moment.