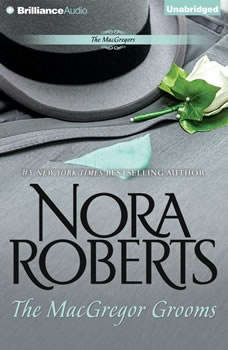 #1 New York Times and USA Today bestselling author Nora Roberts enchants again with this beloved classic about the passionate and headstrong MacGregor family.The Matchmaking MacGregorIt worked with his granddaughters. Now Daniel MacGregor, powerful patriarch of the MacGregor clan, wants to see his three handsome and eligible—but stubbornly single—grandsons married. So he's found just the women to tempt, tease, and torture D.C., Duncan, and Ian all the way to the altar!And you can be sure that if Daniel MacGregor wants something, he will stop at nothing to get it!