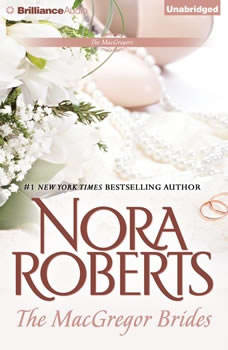 #1 New York Times and USA Today bestselling author Nora Roberts enchants again with this beloved classic about the passionate and headstrong MacGregor family.Daniel MacGregor is at it again.At age ninety, there is nothing the powerful patriarch of the MacGregor clan would like more than to see his three eldest granddaughters happily married. So Daniel MacGregor has handpicked three unsuspecting candidates he believes would make perfect husbands. But this might be his biggest matchmaking challenge yet; his granddaughters are so focused on their careers that marriage is the last thing on their minds. It's a good thing Daniel has a few tricks left up his sleeve.…