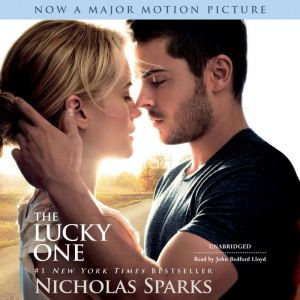 Is there really such thing as a lucky charm? The hero of Nicholas Sparks's new novel believes he's found one in the form of a photograph of a smiling woman he's never met, but who he comes to believe holds the key to his destiny. The chain of events that leads to him possessing the photograph and finding the woman pictured in it is the stuff of love stories only a master such as Sparks can write.