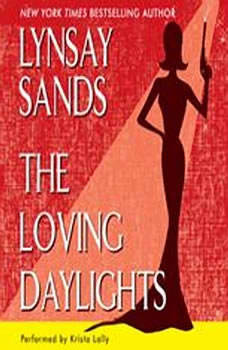 A James Bond-meets-Austin Powers spoof about the gadget maker for a crime-fighting organization run by women. Jane Spyrus likes nothing more than devising new inventions, but even she knows her shrink-wrap prophylactic constraints, spray-on truth serum and her other...rather innovative creations won't help save her kidnapped neighbor from the evil Ensecksi family.

The first installment of Sherrilyn Kenyon's Dark-Hunter series, Night Pleasures.The Dark-Hunters are ancient warriors who have sworn to protect mankind and the fate of the world is in their hands. . .He is solitude. He is darkness. He is the ruler o...