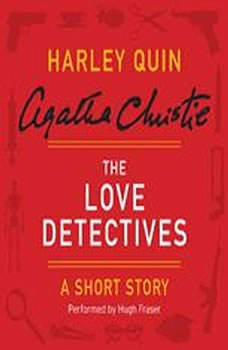 Mr. Satterthwaite and Colonel Melrose are comfortably ensconced in the Colonel’s study when the phone suddenly rings. Someone has been murdered, and, as the county chief constable, the Colonel lets Satterthwaite accompany him to the scene of the crime. The two of them have opposing opinions on why Sir James Dwighton has been bashed over the head with a blunt instrument. Rumor had it that red-haired beauty Laura Dwighton and her guest, the very attractive Mr. Paul Delangua, were engaged in an illicit affair, and Paul was thrown out by the disgruntled Sir James. But the facts of the murder all seem to add up too nicely, and then Mr. Quin arrives on the scene….