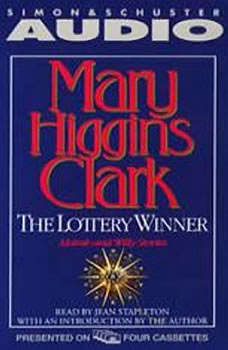 SOLVING CRIMES FROM COAST TO COAST! Alvirah Meehan, the ever-resourceful former cleaning lady who struck it rich in the lottery, won the hearts of millions of readers and listeners when she narrowly survived a stalking killer in the #1 bestseller Weep No More My Lady. Now she returns with her occasionally befuddled mate Willy in this dazzling collection of interconnected stories. From the glittering streets of New York City to the shores of both California and Cape Cod, Alvirah and Willy come to the aid of a vacationer accused of murder in "Death on the Cape," assist a fellow lottery winner in distress in "A Clean Sweep," return to the Cypress Point Spa to solve a brutal slaying among the rich and beautiful in "The Lottery 'Winner," and track down a kidnapper at Christmas time in "Bye, Baby Bunting." Written with Mary Higgins Clark's trademark wit, romance, and keen eye for thrilling detection, and presented here in unabridged recordings, these Alvirah and Willy stories are destined to become perennial favorites.