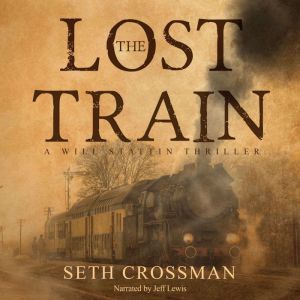 In late 1944, a train rumbled out of Konigsberg, Germany laden with gold, artifacts and priceless paintings in an attempt to escape the advancing Soviet army. It was never seen again. Seventy-two years later, Will Stattin, a former MP and the son of a famous archaeologist, gets a call for help from a prestigious art collector in Italy. For Will it's a job offer and a chance to escape his troubles, even if the job sounds strange and unbelievable: track down a series of nine paintings that reveal the location of the lost train and its legendary wealth. Shortly after he arrives, Will is caught up in a deadly game as five of the paintings are stolen. Now it is a race across Europe to find the lost train and the killers before they turn their sights on him. For Will Stattin, his dangerous adventure is just beginning…