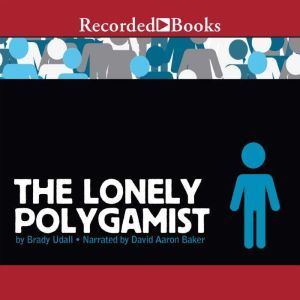 Brady Udall is the acclaimed author of the internationally best-selling The Miracle Life of Edgar Mint. In The Lonely Polygamist, Udall pens a tragicomic tale starring Golden Richards-who despite having four wives and 28 children, hasn't quite found fulfillment in life. Like other men in the midst of a mid-life crisis, Golden feels as though he's drowning. His wives squabble amongst themselves, and he hardly has time for all his children-least of all the 11-year-old who's taken a keen interest in explosives. And now his construction business is struggling. Yet even after Golden falls in love again and takes a mistress to alleviate his pain, life continues to fall short of expectations. Udall's skillfully observed tale is "as comic as it is sublimely catastrophic" (Publishers Weekly). Narrator David Aaron Baker's performance deftly portrays the complexity of Udall's title character. "Udall's polished storytelling and sterling cast of perfectly realized and flawed characters make this a serious contender for Great American Novel status."-Publishers Weekly, starred review