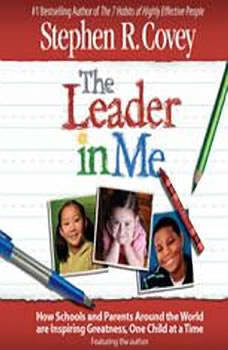 The Leader in Me

A growing number of extraordinary everyday schools, parents, and business leaders around the world are partnering together to produce inspiring personal leadership qualities and 21st Century skills in children. In 1999, the A.B. Combs elementary school in Raleigh, N.C. launched a new leadership program that taught The 7 Habits of Highly Effective People to a pilot group of children. The next year they instituted the program school wide; by the end of that second year, the average end of grade score for the school had gone from an 84 to a 94. The school reported significant increases in self-confidence and self-worth in the children, a dramatic drop in discipline problems, and impressive increases in teacher and administrator job satisfaction. More importantly, parents began reporting very positive changes in their children's demeanors, attitudes, and abilities. Students began taking an active interest in the world around them, and seeking out ways to become involved in decision making, problem solving, and conflict resolution. As news of the school's success spread, more educators and schools around the world began adopting the mantra to "develop leaders one child at a time." Business and civic leaders started approaching and partnering with schools in their communities to provide resources for teacher training and student materials. Each school and family approaches the principles differently, yet they have all enjoyed the same incredible success.