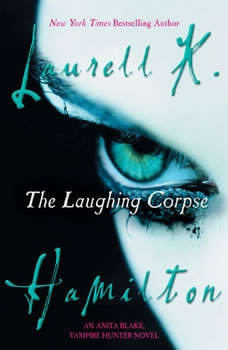 The early Anita Blake novels find new life in trade paperback-as perfect collectibles for long-time fans or as great ways for new readers to sink their teeth into the series.

In The Laughing Corpse, a creature from beyond the grave is tearing a swath of murder through St. Louis. And Anita will learn that there are some secrets better left buried-and some people better off dead...

the second anita blake novel. got to learn more about anita's past and life, which is interesting. the story itself was good as well. still just didnt like who she was as well as the person she becomes.

Zombies give me the hibbie-jibbies. I feel sorry for them they didn't ask to be raised, but they can be dangerous and scary. Many times while reading, I had to say, Yuck and put the book down, but not for long, because I wanted to read what happened next.

will check out again just to listen again can read and listen to these books over and over,