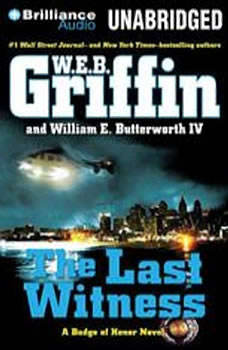 The dramatic new novel in the Philadelphia police saga by the #1 New York Times bestselling author.For Philadelphia homicide detective Matt Payne, investigating a young woman’s murder in a Society Hill home invasion uncovers an ugly underworld—that of Mexican drug cartels and the Russian mob.Foreign girls are being smuggled in to work in the sex trade, and now some of them are dying or just disappearing. The trail leads right to Philadelphia — and Payne learns that’s not all. Teenage American girls lured from local foster homes have vanished. And the lone living witness has gone into hiding. He knows it’s got to be connected—but how? And it doesn’t help that his gut says it somehow involves that high-rolling politician last seen near the Caribbean in a casino’s airplane.For Payne, finding that last witness is absolutely critical—before the Russians, the cartels, or anyone else gets to her first.Filled with authentic color and detail, this is a riveting novel of the men and women who put their lives on the line, from the cop on the beat to the commissioner himself. It’s a story of fears and dangers, courage and loyalty, genuine heroism and love—storytelling at its absolute best.

The Victim
Badge of Honor Series #3