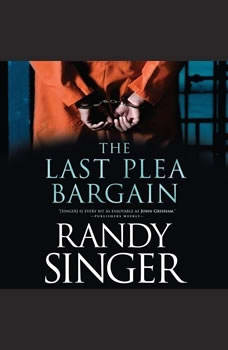 &#8220;You learn early that you don&#8217;t get to prove your case with Boy Scouts and nuns. Yes, convicted felons will say anything to get out of jail, but they also know a lot.&#8221; Plea bargains may grease the rails of justice, but for Jamie Brock, prosecuting criminals is not about cutting deals. In her three years as assistant DA, she&#8217;s never plea-bargained a case and vows she never will. But when an infamous defense attorney is indicted for murder and devises a way to bring the entire justice system to a screeching halt, Jamie finds herself at a crossroads. One by one, prisoners begin rejecting deals. Prosecutors are overwhelmed, and felons start walking free on technicalities. To break the logjam and convict her nemesis, Jamie must reevaluate every principle that has guided her young career. But she has little choice. To convict the devil, sometimes you have to cut a deal with one of his demons.