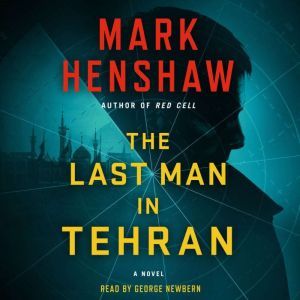 The Last Man in Tehran

Decorated CIA analyst Mark Henshaw continues the “authentic, compelling, and revealing” (Jason Matthews) Red Cell series following agent Kyra Stryker who must work with retired analyst Jonathan Burke to save the CIA from being torn apart by a conspiracy of moles.New Red Cell Chief Kyra Stryker has barely settled into the job when an attack on an Israeli port throws the Middle East into chaos. The Mossad—Israel’s feared intelligence service—responds with a campaign of covert sabotage and assassination, determined to protect the homeland. But evidence quickly turns up suggesting that a group of moles inside Langley are helping Mossad wage its covert war. Convinced that Mossad has heavily penetrated the CIA’s leadership, the FBI launches a counterintelligence investigation that threatens to cripple the Agency—and anyone who questions the official story is suspect. With few officials willing to help for fear of getting accused, Kyra turns to her former mentors—now-retired Red Cell Chief Jonathan Burke and his wife, former CIA Director Kathryn Cooke—to help uncover who is trying to tear the CIA apart from the inside out.