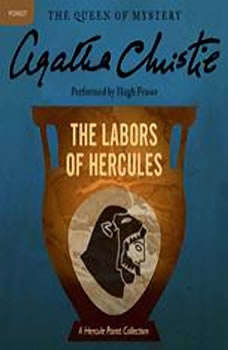 The Labors of Hercules: A Hercule Poirot Collection

In appearance Hercule Poirot hardly resembled anancient Greek hero. Yet—reasoned the detective—like Hercules he had been responsible for riddingsociety of some of its most unpleasant monsters.So, in the period leading up to his retirement, Poirotmakes up his mind to accept just twelve more cases:his self-imposed “Labors.” Each would go down in theannals of crime as a heroic feat of deduction.

The Labors of Hercules: A Hercule P...
Hercule Poirot Mysteries #26