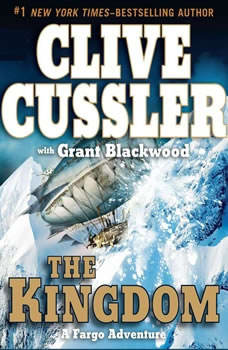 Sam and Remi Fargo return for the thrilling third adventure in the acclaimed new series.

In Spartan Gold and Lost Empire, Clive Cussler brought readers into the world of husband-and-wife team Sam and Remi Fargo, whose passion and instinct for treasure-hunting has led to extraordinary discoveries-and perilous journeys.

Their next adventure, however, might be their most astonishing yet.

The Fargos are used to hunting for treasure, not people. But then a Texas oil baron contacts them with a personal plea: an investigator friend of the Fargos' was on a mission to find the oil baron's missing father-and now the investigator is missing, too. Would Sam and Remi be willing to look for them both? Though something about the situation doesn't quite add up, the Fargos agree to go on the search.

What they find will be beyond anything they could have imagined. On a journey that will take them to Tibet, Nepal, Bulgaria, India, and China, the Fargos will find themselves embroiled with black-market fossils, a centuries-old puzzle chest, the ancient Tibetan kingdom of Mustang, a balloon aircraft from a century before its time . . . and a skeleton that could turn the history of human evolution on its head.

Packed with the endless imagination and breathtaking suspense that are his hallmarks, The Kingdom once again proves that Clive Cussler is "just about the best storyteller in the business" (New York Post).