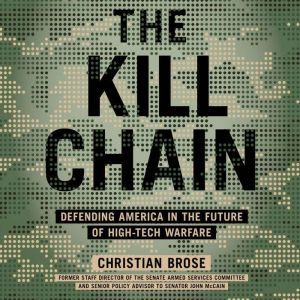 The Kill Chain: Defending America in the Future of High-Tech Warfare

From a former senior advisor to Senator John McCain, an urgent wake-up call about how new technologies are threatening America's military might.When we think about the future of war, the military and Washington and most everyone gets it backwards. We think in terms of buying single military systems, such as fighter jets or aircraft carriers. And when we think about modernizing those systems, we think about buying better versions of the same things. But what really matters is not the single system but "the battle network" -- the collection of sensors and shooters that enables a military to find an enemy system, target it, and attack it. This process is what the military calls "the kill chain" -- how you get from detection to action, and do it as quickly as possible. The future of war is not about buying better versions of the same systems we have always had; it is about buying faster, better kill chains.As former Staff Director for the Senate Armed Services Committee and senior policy advisor to Senator John McCain, Christian Brose saw this reality up close. In The Kill Chain, he elaborates on one of the greatest strategic predicaments facing America now: that we are playing a losing game. Our military's technological superiority and traditional approach to projecting power have served us well for decades, when we faced lesser opponents. But now we face highly capable and motivated competitors that are using advanced technologies to erode our military edge, and with it, our ability to prevent war, deter aggression, and maintain peace. We must adapt or fail, Brose writes, and the biggest obstacle to doing so is the sheer inertial force of the status quo. 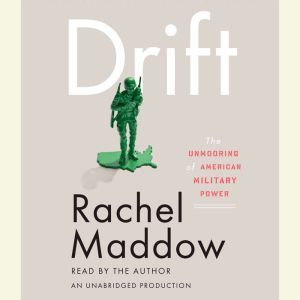