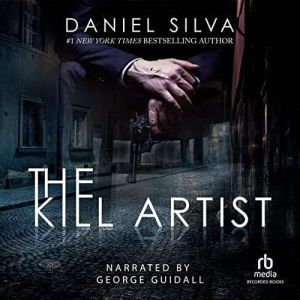 Once a key operative in secret Israeli-intelligence missions, Gabriel Allon is on the run from his past, assuming a quiet life as a meticulous restorer of priceless works of art. But now he is being called back into the game. The agent with whom he is teamed hides behind her own beautiful mask–as a French fashion model. Their target: a cunning terrorist on one last killing spree, a Palestinian zealot named Tariq who played a dark part in Gabriel’s past. What begins as a manhunt turns into a globe-spanning duel fueled by political intrigue and deep personal passions. In a world where secrecy and duplicity are absolute, revenge is a luxury no man can afford–and the greatest masterpiece of all.