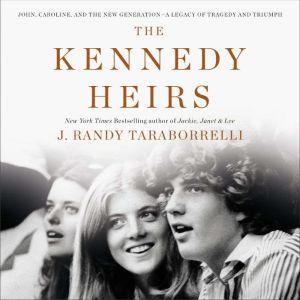 The Kennedy Heirs: John, Caroline, and the New Generation - A Legacy of Triumph and Tragedy

From New York Times best-selling Kennedy historian J. Randy Taraborrelli comes his most astonishing Kennedy audiobook yet.A unique burden was inherited by the children born to the original Kennedy icons: JFK and Jackie; Bobby and Ethel; Ted and Joan; and the rest. Raised against a backdrop of American history, their mandate was to be of service, just like their ancestors. Based on exclusive first-hand interviews, as well as oral histories from the JFK Presidential Library and the Ted Kennedy Institute, Taraborrelli takes his listeners behind the scenes of a sweeping and epic family drama as these Kennedy heirs succeed and fail in ways both triumphant and heartbreaking.These are the Kennedy stories you’ve never heard before.