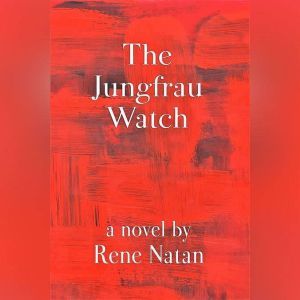 Vladimir Karpiski and Joannes Volpieren, two members of the terrorist group known as the Red Brigades, immigrate to Canada under false pretense. The first wants to live as a model citizen, the second founds The Rampant Lion, a criminal organization specializing in theft and industrial espionage. Fifteen years later their paths cross. When several industrialists find leaks in their security, they hire the services of a private company, Invicta, run by Malcolm Clark, an ex-chief of police. Soon after the design of The Jungfrau Watch, a jewel of a renowned artistic collection, is stolen. After consultation with the victimized parties, Invicta sets up a fake laboratory, aimed at attracting the thieves’ attention by advertizing decor items activated by innovative fuel-efficient cells not yet patented.Insistent rumors reach Invicta: members of The Rampant Lion hide among those of a legitimate non-profit organization and often meet in a secluded place called the Endless Trail, owned by Richard Attlee. Malcolm Clark persuades a beautiful woman, Ludmilla, to contact Richard and find how much the man knows about the secretive, criminal activities that take place in his equestrian compound. Love sparkles between the two.Joannes Volpieren, who was once in love with Evelyn, the wife of the Jungfrau Watch’s creator, and was brutally rejected, carries out a long-term meditated revenge and kidnaps Guendy, Evelyn’s daughter. Even if the abduction is a police matter, Malcolm helps out by following different, promising avenues. Karpiski, who had changed his name to Stefanich when he immigrated to Canada, is hired by Invicta and put in charge of managing the phony laboratory.One day Volpieren recognizes the presence of Karpiski (who he had never met) when he hears his characteristic melodic voice, and threaten him and his family if he doesn’t go back to work for him.Stefanich refuses.Volpieren kidnaps his two boys, thus pressuring Stefanich to become part of his criminal organization.Kimberly Vance, whose role in Volpieren’s criminal scheme becomes obsolete, is ready to exit the scene, but Karpiski conceives a way to keep her alive and well—at least for a while.Things become complicate as the second in command of the Rampant Lion wants to take Volpieren’s place and organizes daring operations to transfer stolen goods out of the country.Would Stefanich save his boys and avoid having his criminal past disclosed? Follow the dramatic phases of Stefanich’s daring plan of saving his family and inferring a blow to the Rampant Lion.