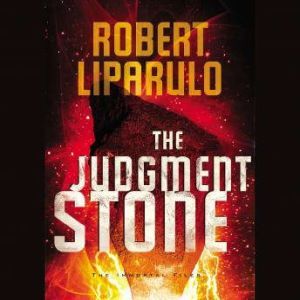 What if praying became a curse instead of a blessing?

Former Army Ranger Jagger Baird thought he had his hands full with the Tribe—the band of immortal vigilantes fighting to regain God’s grace by killing those opposed to Him. But that was before he encountered the ruthless group of immortals called the Clan. The Clan is after a prize that would give them unimaginable power—a piece of the Ten Commandments known as the Judgment Stone.

Those who touch the Stone can see into the spiritual world: angelic warriors, treacherous demons, and the blue threads of light that signal the presence of believers in communion with God.

By following the blue beam radiating from those closest to God, the Clan plans to locate His most passionate followers and destroy them.

Jagger quickly realizes his high-tech gadgetry and training are no match for these merciless immortals. But how can he defeat an enemy who hunts believers through their prayers . . . and won’t stop until they’ve annihilated all those close to Him?

In this high-action thriller, best-selling author Robert Liparulo examines the raging battle between good and evil on earth . . . and beyond.