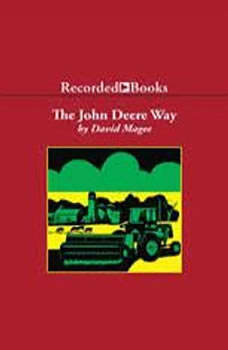 Renowned business author David Magee fuses both the interesting history and philosophy of one of America’s most well-known companies in this entertaining aid for business management. While other American businesses are crumbling under low-cost foreign competition, John Deere Company thrives by maintaining such ideas as building the best product, being open for change and innovation, listening rather than leading and keeping virtuous business practices.