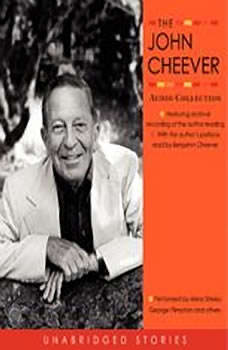 Here are twelve magnificent stories in which John Cheever celebrates -- with unequaled grace and tenderness -- the deepest feelings we have. As Cheever writes in his preface, 'These stories seem at times to be stories of a long-lost world when the city of New York was still filled with a river light, when you heard the Benny Goodman quartets from a radio in the corner stationery store, and when almost everybody wore a hat.'John Cheever was born in Quincy, Massachusetts, in 1912. He is the author of seven collections of stories and five novels. His first novel, The Wapshot Chronicle, won the 1958 National Book Award. In 1965 he received the Howells Medal for Fiction from the National Academy of Arts and Letters, and in 1978 The Stories of John Cheever won the National Book Critics Circle Award and the Pulitzer Prize. Shortly before his death, in 1982, he was awarded the National Medal for Literature from the Academy and Institute of Arts and Letters.Benjamin Cheever is the author of The Plagiarist, The Parisian and Famous after Death. The Enormous Radio read by Meryl Streep The Five-Forty-Eight read by Edward Herrmann O City of Broken Dreams read by Blythe Danner Christmas is a Sad Season for the Poor read by George Plimpton The Season of Divorce read by Edward Herrmann The Brigadier and the Golf Widow read by Peter Gallagher The Sorrows of Gin read by Meryl Streep O Youth and Beauty! read by Peter Gallagher The Chaste Clarissa read by Blythe Danner The Jewels of the Cabots read by George Plimpton The Death of Justina read by John Cheever The Swimmer read by John Cheever