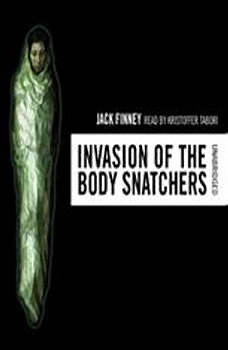 The Invasion of the Body Snatchers

This classic 1955 thriller of the triumph of the human spirit over an invisible alien enemy inspired the acclaimed 1956 film directed by Don Siegel. This Blackstone edition is read by Don Siegels son, actordirector Kristoffer Tabori, and concludes with Taboris reminiscences of his fathers work on the film.