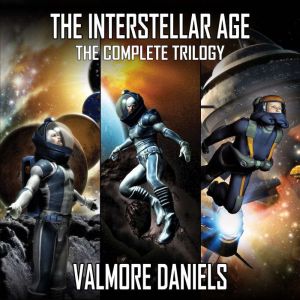 The Interstellar Age: The Complete Trilogy

At the end of the 21st century, a catastrophic accident in the asteroid belt has left two surveyors dead. There is no trace of their son, Alex, or of the asteroid itself.

On the outer edge of the solar system, the first manned mission to Pluto has led to an historic discovery: there is a marker left there by an alien race for humankind to find. We are not alone!

While studying the alien marker, it begins to react. Four hours later, the missing asteroid appears in a Plutonian orbit, along with Alex, who has developed some alarming side-effects...

From the depths of a criminal empire based on Luna, an expatriate seizes the opportunity to wrest control of outer space.

The secret to faster-than-light speed is up for grabs, and the race for interstellar space begins!

Music of the Spheres (The Interstellar Age Book 2)

The technology for interstellar flight exists through the power of Kinemet, but the key to unlocking its code lies in a thousand-year-old scroll left on Earth by an alien species.

When the ancient manual is stolen before a full translation is completed, Alex, Michael and Justine scramble to recover it.

Along the way, they stumble on an interplanetary conspiracy and uncover a secret that shatters their view of life and shakes the very foundations of our existence.

Worlds Away (The Interstellar Age Book 3)

For a thousand years the Kulsat Armada has ravaged the galaxy searching for the lost legacy of an extinct race of technologically advanced beings. They destroy anyone who gets in their way.

Now they have turned their attention to Earth and are gathering their forces for an invasion.

Justine, Michael and Alex each hold a key to stopping the enemy, but they are worlds away from each other, and they are running out of time... 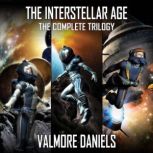 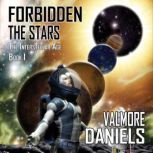 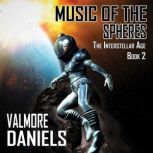 Forbidden the Stars
The Interstellar Age #1

Music of the Spheres
The Interstellar Age #2