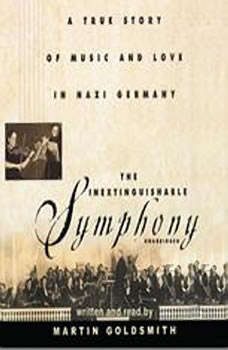 The Inextinguishable Symphony: A True Story of Music and Love in Nazi Grmany

In the spring of 1933, more than 8,000 Jewish musicians, actors, and other artists were expelled from their positions with German orchestras, opera companies, and theater groups. Later that year, the Jdische Kulturbund, or Jewish Culture Association, was created to allow Jewish artists to perform for Jewish audiences.

Here is the riveting and emotional story of Gunther Goldschmidt and Rosemarie Gumpert, two courageous Jewish musicians who struggled to perform under unimaginable circumstances and found themselves falling in love in a country bent on destroying them. A poignant testament to the enduring vitality of music and love even in the harshest times, The Inextinguishable Symphony gives us a compelling look at an important piece of Holocaust history that has heretofore gone largely untold.