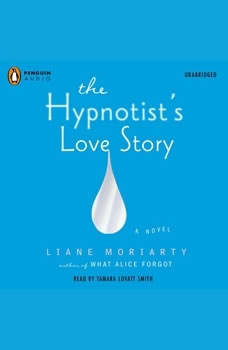 From the author of critically acclaimed What Alice Forgot comes a wonderfully fun, insightful novel about the crazy things we do for love.Ellen Oâ€™Farrell is a bit unusual. Sheâ€™s a hypnotherapist. Sheâ€™s never met her father. And she canâ€™t seem to keep a relationship going (okay, thatâ€™s more normal that we want to admit). When Ellen meets Patrick, sheâ€™s hopeful nevertheless. But when he says he needs to tell her something, she fears the worst. However, when Patrick reveals that his ex-girlfriend is stalking him, Ellen thinks, Is that all? Actually, thatâ€™s kind of neat. Sheâ€™s more intrigued than frightened. What makes a supposedly smart, professional woman behave this way? Sheâ€™d love to meet her. What she doesnâ€™t know is that she already has.