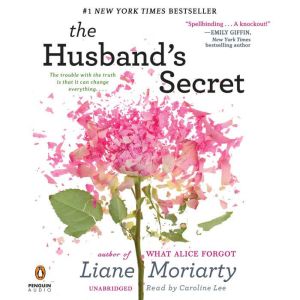 From the author of the critically acclaimed What Alice Forgot comes a breakout new novel about the secrets husbands and wives keep from each other.

Three women. One secret. And a letter that will change everything—forever.

Tess. Rachel. Cecilia. Three women living three very different lives. But when Cecilia opens up a Pandora’s box, their lives will intersect in ways none of them could foresee.

Cecilia is the woman who seems to have it all: a successful career, a gorgeous husband, and three wonderful daughters. One day she finds an old tattered letter in the attic that’s addressed to her, to be opened only in the event of her husband’s death. But he’s still very much alive. When Cecilia casually mentions it to him on the phone, he laughs it off, telling her to put the letter away. Yet when he flies home early from an overseas business trip, and then frantically searches for the letter, Cecilia realizes there’s something important in it, something she needs to know. Yet even Pandora herself could not prepare Cecilia for what the letter reveals.