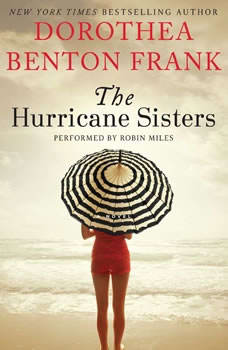 Once again Dorothea Benton Frank takes us deep into the heart of her magical South Carolina Lowcountry on a tumultuous journey filled with longings, disappointments, and, finally, a road toward happiness that is hard earned. There we meet three generations of women buried in secrets. The determined matriarch, Maisie Pringle, at eighty, is a force to be reckoned with because she will have the final word on everything, especially when she's dead wrong. Her daughter, Liz, is caught up in the classic maelstrom of being middle-aged and in an emotionally demanding career that will eventually open all their eyes to a terrible truth. And Liz's beautiful twenty-something daughter, Ashley, whose dreamy ambitions of her unlikely future keeps them all at odds.The Lowcountry has endured its share of war and bloodshed like the rest of the South, but this storm season we watch Maisie, Liz, and Ashley deal with challenges that demand they face the truth about themselves. After a terrible confrontation they are forced to rise to forgiveness, but can they establish a new order for the future of them all? This is the often hilarious, sometimes sobering, but always entertaining story of how these unforgettable women became The Hurricane Sisters.