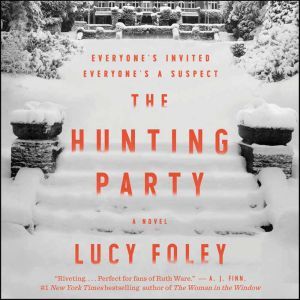 The Hunting Party: A Novel

Everyone's invited...everyone's a suspect...For fans of Ruth Ware and Tana French, a shivery, atmospheric, page-turning novel of psychological suspense in the tradition of Agatha Christie, in which a group of old college friends are snowed in at a hunting lodge . . . and murder and mayhem ensue.All of them are friends. One of them is a killer.During the languid days of the Christmas break, a group of thirtysomething friends from Oxford meet to welcome in the New Year together, a tradition they began as students ten years ago. For this vacation, they’ve chosen an idyllic and isolated estate in the Scottish Highlands—the perfect place to get away and unwind by themselves. They arrive on December 30th, just before a historic blizzard seals the lodge off from the outside world.Two days later, on New Year’s Day, one of them is dead.The trip began innocently enough: admiring the stunning if foreboding scenery, champagne in front of a crackling fire, and reminiscences about the past. But after a decade, the weight of secret resentments has grown too heavy for the group’s tenuous nostalgia to bear. Amid the boisterous revelry of New Year’s Eve, the cord holding them together snaps.Now one of them is dead . . . and another of them did it.Keep your friends close, the old adage goes. But just how close is too close?